Improve the economy of the Seneca Nation by providing products and services that support the critical missions of our federal government customers.

We never forget that our mission is to serve and support the Seneca Nation.

The Seventh Generation Principle comes from the Great Law of the Hodinöhsö:ni´ (Haudenosaunee) and is based on the Seneca’s philosophy that dictates that all decisions should be made with purpose to ensure a positive impact on the future seven generations. The principle guides every decision we make and action we take, including building positive partnerships that bring long-lasting value to our customers.

The Seneca Nation is a sovereign Nation located on their aboriginal lands in Western New York. Currently, the Seneca Nation community has over 8,500 enrolled members and holds title to five territories. Once a member of the Hodinöhsö:ni´ (Haudenosaunee) Confederacy, as the westmost of the Six Nations, the Seneca Nation earned the responsibility as “Keeper of the Western Door,” ensuring the peace and tranquility along the western boundaries of their lands. The Seneca Nation continues that obligation by sustaining its Nation-to-Nation relationship with the United States of America and New York State.

For more information on the Seneca Nation and its rich history, click below. 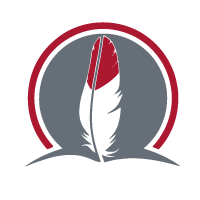